It is no surprise that Orlando Ortega-Medina’s debut book features a range of characters and stories.

For his family background is equally as fascinating as Jerusalem Ablaze — Stories of Love & Other Obsessions (Cloud Lodge Books, £12.99), which will be published next month. The London-based lawyer, who was raised in California, said: “I had four periods of travel in my life: California, Canada, Israel and Japan.

“I wrote four short stories based on those geographical locations.

Product of a long line of relocation

“Probably because I am the product of a family of a long line of relocation and emigration, I selected stories which are more reflective of who I am and ones which will interest readers.”

Orlando’s parents, Cleo and Orlando, were Cubans who emigrated to America. 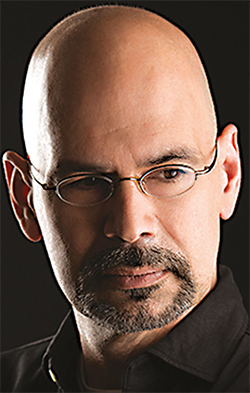 And the 42-year-old has discovered that his paternal grandmother’s family emigrated to the Canary Islands after they were expelled, along with thousands of other Jews, from Portugal.